Home learning activities: What can we learn from Mandela Day?

Home» About Us» News and Updates» Home learning activities: What can we learn from Mandela Day?

The world has been celebrating and taking action on and in the name of Nelson Mandela International Day on 18 July since 2009. Here we explore who Nelson Mandela was and how you can use his legacy to inspire yourself and other young people to make the world a better place.

Nelson Mandela was a leader in South Africa who, from an early age, was active in the country’s politics, and campaigned against the country’s apartheid laws, going to prison for nearly 30 years.

After his release in 1990, he was handed the Nobel Prize for Peace along with the South African president of the time F W de Klerk, and was elected as the country’s first black president in 1994. The 18th of July was Nelson Mandela’s birthday and is now celebrated as International Nelson Mandela Day.

Our first activity helps you to explore who Nelson Mandela was and how he became the leader and influencer that he became. You can use this PDF to read a bit more about him.

Having learnt a little more about Mandela, take a look at the second home learning activity, which looks at ways you can be inspired by Mandela's 'Take action; inspire others' legacy.

It is also Week 16 for Dialogue's Hometalk. Take a look here at this week's ideas to get children talking - it is all about playing games! 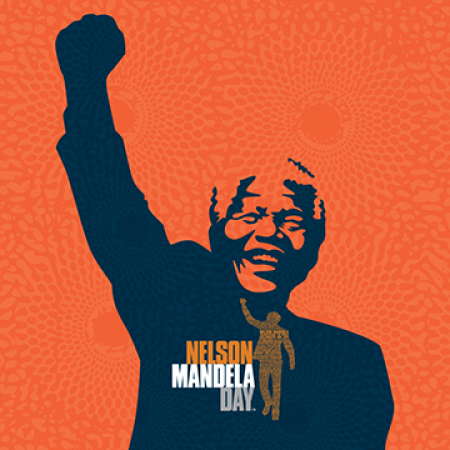